What is Beard Oil and What Are Its Benefits? 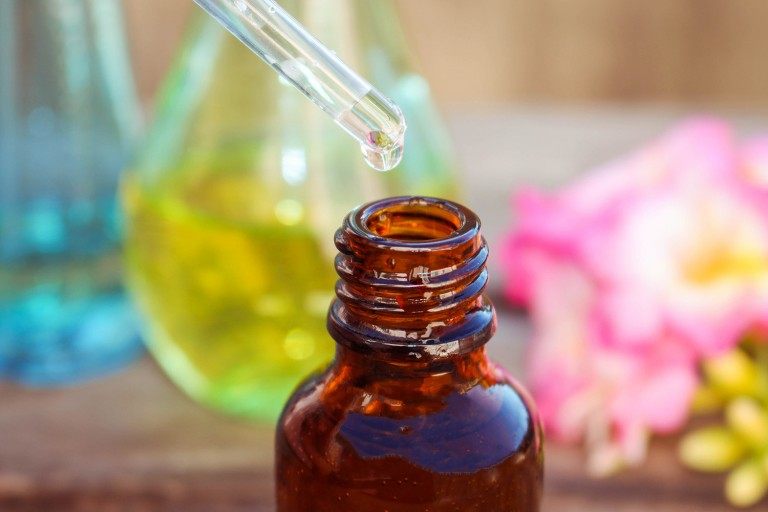 To oil, or not to oil, that is the question.

Or, is it really a question? If you have a beard, there really shouldn’t be any debate as to whether you should use beard oil or not. Why? Let us count the ways.

But before we continue our Shakespearian line of thinking, let’s delve a little deeper into beard oil and why you should use it on that great-looking, manly, beard of yours. Another way to look at it is this: if you own a car you’re really proud of, and perhaps gets you extra attention, would you neglect to give it all the tender loving care it can handle? Of course you wouldn’t.

Taking proper care of your beard is a more involved process than simply keeping it trimmed. You need to shampoo it. You should brush it with the right kind of brush, such as a boar’s head brush. You should put beard balm on it.

And, you need to use beard oil. Your beard – and those who have grown very fond of it – will thank you for it.

That said, let’s take a closer look at beard oil and its magic.

First of all, let’s be clear: beard oil is one of the most important tools in your toolbox for keeping your beard healthy, clean, and looking great.

And it takes beard oil.

When you apply it to your beard, the skin underneath will all but give you a standing ovation because you’re providing it with much-needed nutrients that help your beard become all that it can be.

While you might think of beard oil as being the shampoo for your beard, it’s more complicated than that. Beard oil should be part of your daily regimen which also includes soap, deodorant, and shampoo. And once you use it, you’ll wonder what took you so long. You’ll realize that the use of beard oil has skyrocketed in recent years and that you’ve been overdue for climbing on board.

To get a bit more scientific, beard oil is designed to mimic the natural oils produced by the skin. Beard oils are a blend of one or more ingredients, such coconut oil, jojoba oil, grape seed oil, and so forth. They’re usually scented with a variety of masculine scents ranging from sweet to bitter. Some come unscented, but the scented ones – others might tell you – smell pretty darn good.

Beard Oils Are Not New

Yes, beard oil has exploded onto the marketplace in the past several years, but modern man needn’t get too proud of himself for coming up with the stuff. That’s because beard oil has been traced at least as far back as our Native American predecessors, who needed to figure out a way to keep their beards moisturized and looking good while living in harsh climates.

It became commercially available, by most accounts, in the 1930s. But data shows that it didn’t become available online until 2006. We’re riding a wave of beard oil popularity like no other before it.

You can find a list of the best and most popular beard oils here. The benefits of beard oil are many, as you may have gathered by now. That includes, of course, keeping your beard looking and smelling good. It’s what you use if you really want to take care of your beard.

For starters, beard oil moisturizes your hair follicles and the skin beneath it. If you live in a cold or frequently windy environment, you understand how your beard can become dry and brittle. Hydrating this part of your face is essential to prevent that brittleness, as well as to prevent flaking, dryness, itchiness and beardruff.

Yep, just like it sounds. Beardruff is dandruff that can form on your beard just like dandruff forms on your head – with the same off-putting results. If you don’t keep the skin beneath your beard supplied with nutrients, it will eventually dry up and produce flakes. And no one wants that.

The ideal beard is meant to look shiny and groomed, not flaky, dusty and shaggy. Think of it another way. There’s not a chance that you would let the hair on your head become riddled with dandruff, at least, we hope you wouldn’t. Nor would you shave your hair off just because you have a dry, itchy, flaky scalp. No, you’d treat it with the right shampoo and conditioner, just like you’d treat your beard with beard oil rather than shave it off.

Sure, you can use the same shampoo you use on your head, but why not raise the bar on your beard grooming and have it smell in a way that all but screams, “I’m a man. With a great beard.” Just think of scents such as cedarwood, sandalwood, citrus, vanilla and even tobacco. Having a beard can be a bit more refined than just giving you that man-from-the-woods look (and scent).

Since these beard oil benefits aren’t listed in any order of importance – fact is, they’re all important – let’s get to the part about how it makes you look good. And who wouldn’t want to keep a tool around that helps you look good? Using beard oil will not only give your beard a nice sheen but will also leave you with a fuller, more manageable mane. Let’s move on to some of the finer points of beard oil and your beard.

The Longer The Beard, The Greater The Need

The longer your beard becomes, the more you need beard oil.

That tight, clean look of your beard can start to wane as you advance to further stages of its growth. Small imperfections can suddenly look more pronounced when the mass of hair has become larger.

Using beard oil can help smooth out your beard and keep it under control. By keeping your beard hair healthy and pliable, you’ll decrease the need for combing and grooming in general. Make your beard work for you, not the other way around.

There are many different looks and styles when it comes to beard. If you’re shooting for a particular one, beard oil is your friend, because it can help you encourage those stubborn hairs to move in the direction you desire.

Trust us, you don’t want to use hair spray on your beard. No, no, no. Or, maybe you just want to tone down the frizzy look your beard may present you with. Beard oil will be there for you. It will even help bring out the natural color of your beard. Now that you’ve taken the leap and decided, as you should, that beard oil will be a vital part of your daily grooming regimen; you’ll want to know how to use it properly.

When To Apply It

The best time to apply beard oil is after you’ve washed it. This usually means after showering, of course, and it’s a time when the pores of your skin and hair follicles are open and can easily absorb the oil. Again, if you live in a colder climate, letting your beard oil fully absorb into the skin and hair is imperative.

How To Apply It

Applying beard oil need not be a complicated process, especially once you get the hang of it. First, towel-dry your beard to get rid of the leftover moisture from your shower; after all, water and oil don’t mix. But do leave it slightly damp so that the oil will replace the water and thus allow the hair follicle to absorb more oil.

Next, apply a few drops into your palm and gently massage it into your beard. Be sure that you rub it in all the way down to the skin, especially if you’re trying to treat dry skin (and the dreaded beardruff).

No matter what, however, you should make sure that the oil is thoroughly and evenly distributed throughout your beard. After you’ve applied it, you can comb, brush or otherwise style it in whatever way you like.

Doing this daily, or even twice daily depending on what beard issue you may face, will help keep your beard looking its best.

Last but not least, prepare your humble elevator speech that you’ll inevitably have to use when someone comments on your magnificent beard.

Well, we’ve covered the basics of beard oil, its hows and whys, and even a little science (but not too much science). The bottom line is that if you’re serious about growing a proper beard, then beard oil should have a prominent place in your bathroom cabinet. Otherwise, you can just get by with a shaggy, dry, “natural” beard that looks – again – like you just forgot to shave.

Don’t look like that guy. Even the incomparable Shakespeare had a nice beard. You should, too.